At Gamage Shipyard you will be welcomed by a dedicated team providing exceptional yacht services in entirely modern facilities. With a long tradition of fine Maine craftsmanship, we give each customer and each boat our completely personalized attention. We are known for honoring our commitments, too. You can rest assured your boat will be delivered on time, with the work completed to your specifications and satisfaction.
250 years
Of History
A Brief History of Gamage Shipyard and the Area 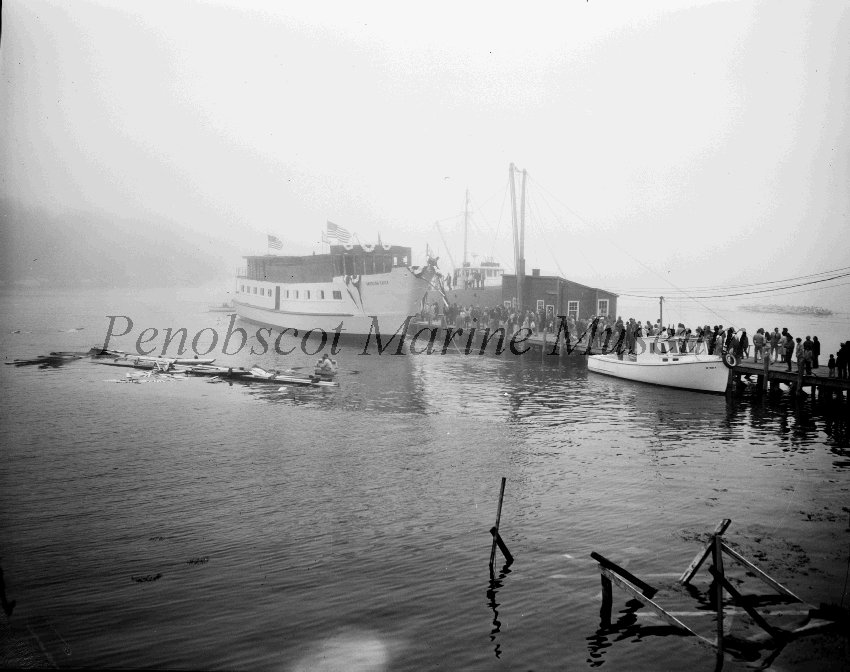 The rounded peninsula that is today the Gamage Shipyard and Marina stands has been a prominent South Bristol landmark for more than 250 years.
Bristol
Area
The Bristol area 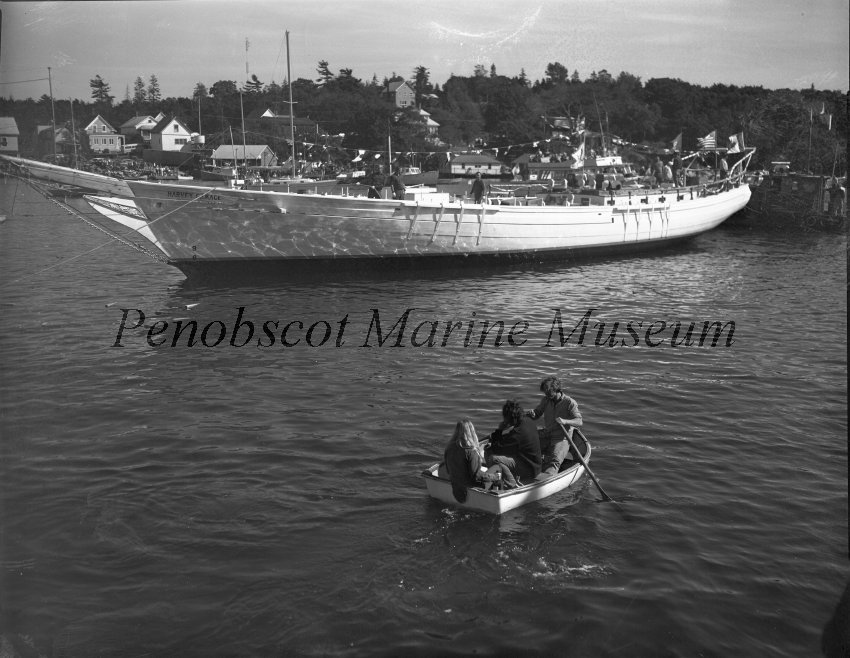 Native Americans made extensive use of the Bristol area, often visiting what we now call "the Gut," as they traveled up and down the coast. The shipyard's exceptionally accessible location most likely would have drawn them, and could have served as a seasonal camping site. 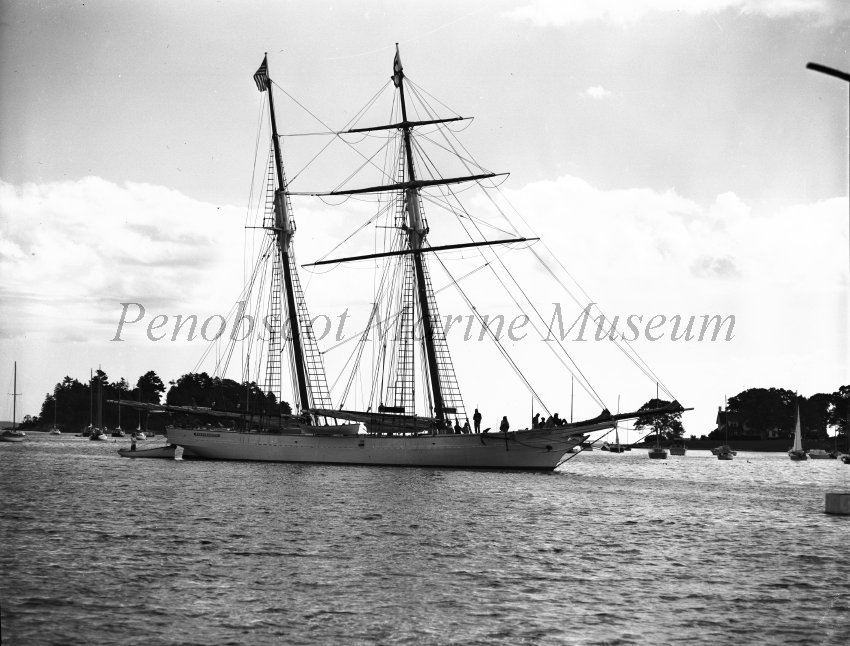 European fishermen and explorers first visited the midcoast of Maine late in the 16th century and nearby Pemaquid village was one of their first settlements in the New World. By the mid 17th century, South Bristol's mainland belonged to George Buckland, who appears several times in the records of Pemaquid after 1647. 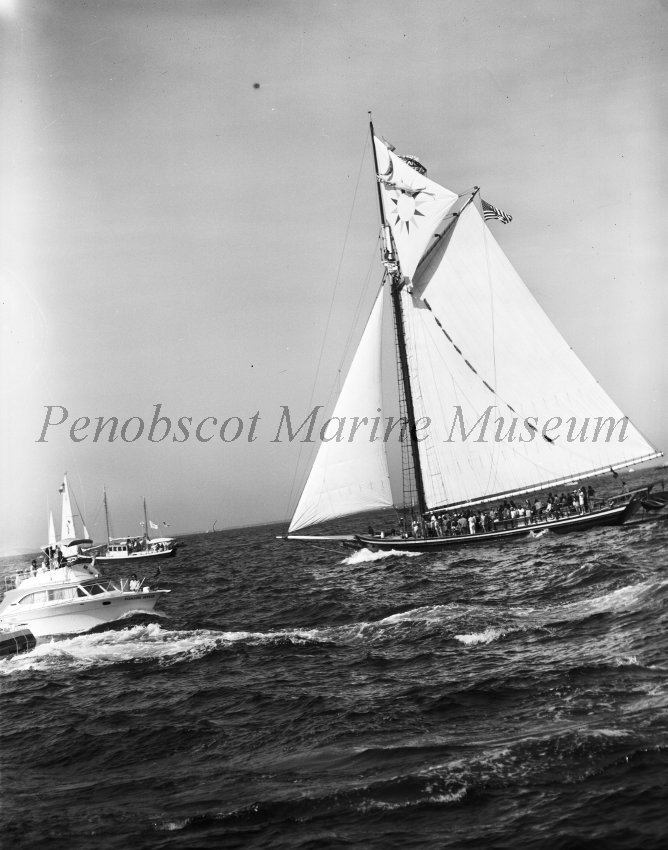 George Buckland was “appointed and to have the liberty to keep (a) house of publicke entertaynment and to retayle beare, wine and, licquors” in 1675. Where might Buckland’s “publicke house” have been located? The shipyard property, with its down-river view, frequent small boat traffic, and safe anchorage would have been a prime possibility. 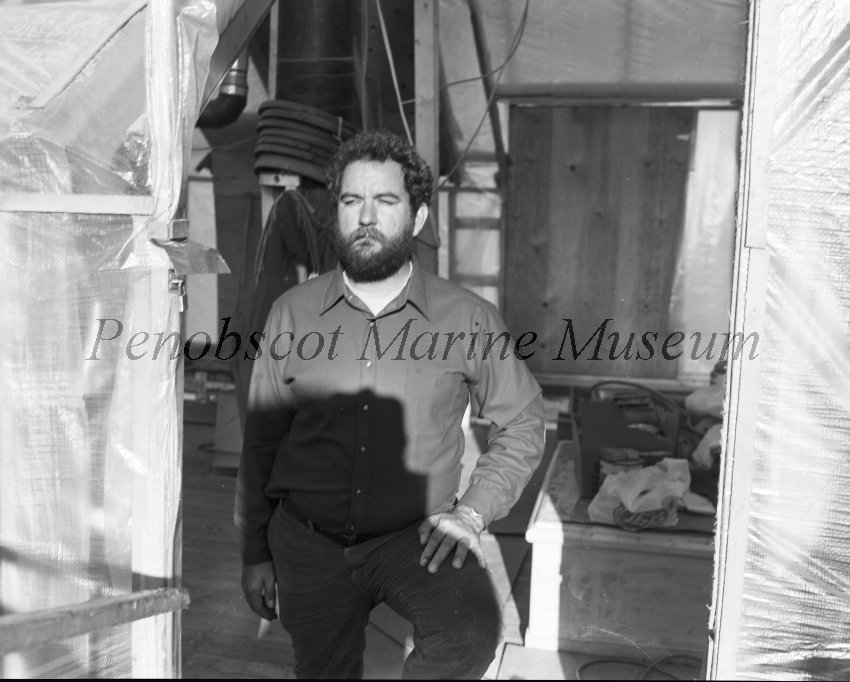 In 1676, the first of several Native American uprisings occurred, and French and Indian wars began. These raids and battles caused the rapid abandonment by the English of the coast of Maine, and the area remained unsafe for them for more than 50 years. 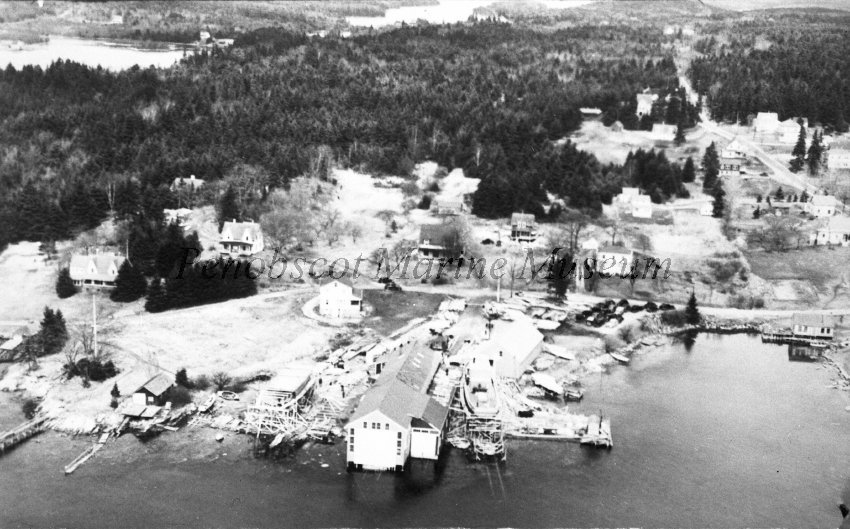 In the early 18th century, Colonel David Dunbar, a representative of the Crown of England, brought Scotch-Irish settlers to the Bristol peninsula. The property where the shipyard stands first appeared in County deed records in 1787, and the land was owned by a number local fishermen through the first half of the 19th century. 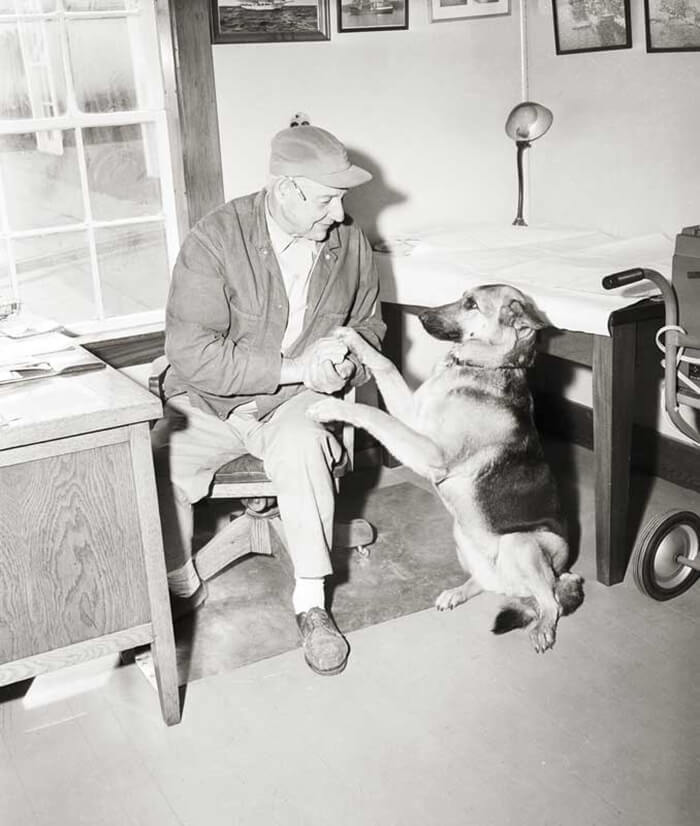 In 1924, Harvey F. Gamage left his apprenticeship at East Boothbay boatyards to set up business for himself. That same year, he built a boat shed on the marina property. From 1924 to 1976, Harvey Gamage oversaw the construction of more then 288 sailboats, powerboats, draggers, scallopers, and windjammers. Most of his early boats were sloops, as well as schooners designed by the well-know naval architect John Alden. Powerboats and small fishing and lobster boats became more common in the 1930s and 1940s. The construction of eight wooden military vessels occupied Gamage boatbuilding from 1940 to 1944. 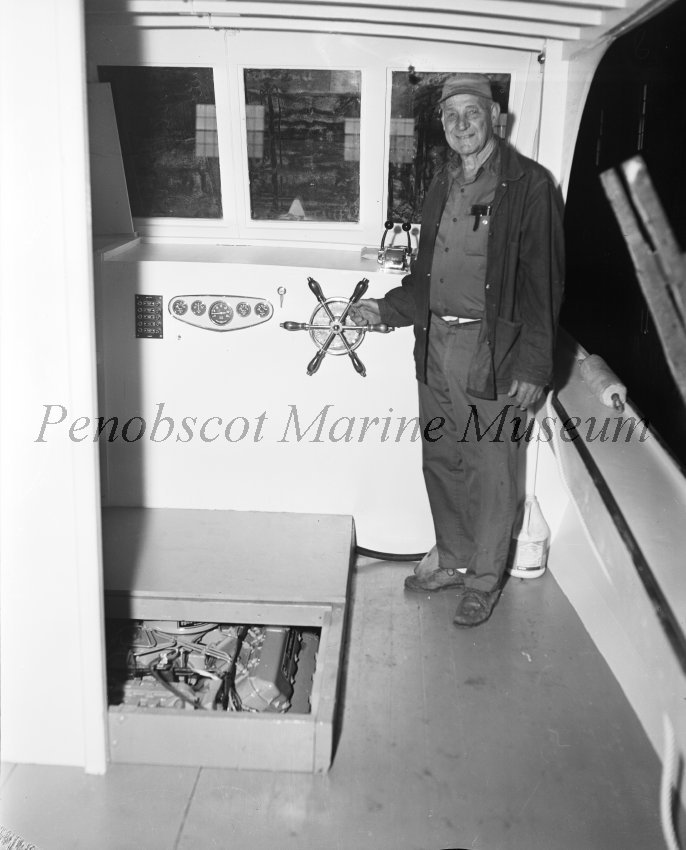 In 1944, the business turned to building rugged, able, and profitable wooden fishing boats. Averaging about four boats a year, a total of 93 boats were launched between 1944 and 1969. Heavily framed, diesel-powered boats ranging from 70 to 112 feet in length, these boats were the backbone of the Gloucester and New Bedford, Massachusetts fishing fleets. Gamage also built a few yachts, pleasure powerboats, and lobster boats during this period. 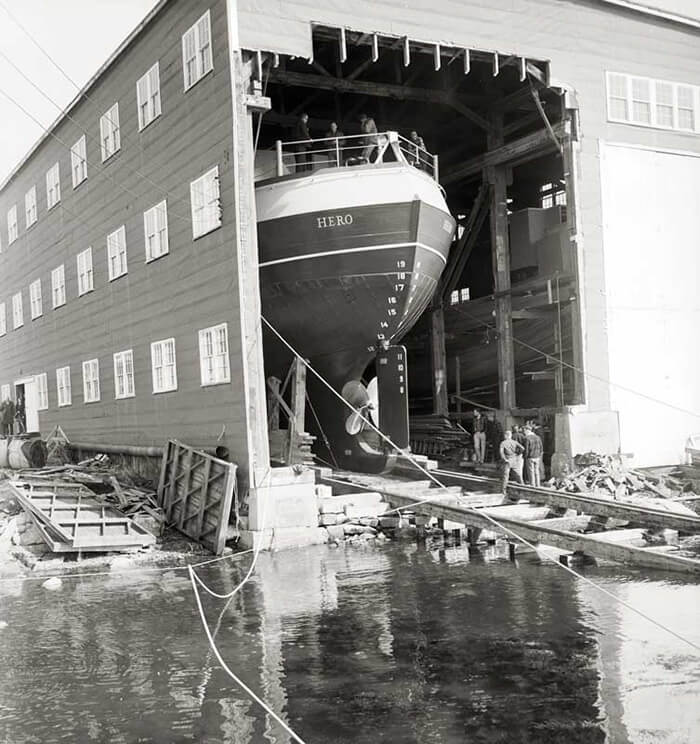 In 1959, Captain Havilah Hawkins asked Gamage to build the first schooner designed specifically for the windjammer passenger trade. The result was the 83-foot Mary Day, launched in 1960. From that date until 1976, when Harvey died, the shipyard’s output was 43 vessels – a mixture of draggers, research vessels, yachts, and large schooners. In addition to the Mary Day, the famous schooners Shenandoah, Harvey F. Gamage, Clearwater, Bill of Rights, and Appledore II all slid down the ways here. At 152 feet, the Shenandoah was the longest vessel to come from the boatyard. The Antarctica research vessel Hero also dates from this period.

In 1970, the yard’s first steel-hulled boat, the fishing vessel Elizabeth, was launched. This concession to change was followed by nine more steel fishing boats. 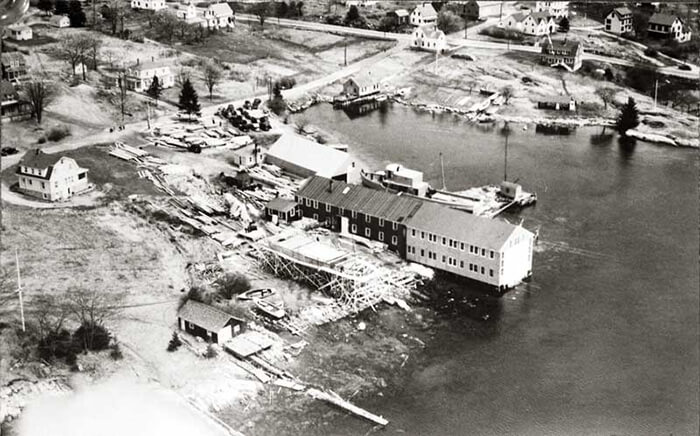 Boat building continued at the yard from 1976 to 1981 under the name Gamage Shipbuilders, Inc. Eight fishing boats – mostly steel-hulled draggers and passenger vessels – were launched. The last boat launched was the 55-foot-long fishing boat Windsong, built for Jim Fossett of New Harbor, Maine.

The recorded history of shipbuilding here began in 1871, with the purchase of land including the marina acres by Albion and Menzies (A & M) Gamage, who had been building large wooden sailing vessels since the early 1850s. Over the next 50 years, the well-regarded brothers built more the 88 sail and steam-powered boats, selling them both locally and as far away as New York and maritime Canada. Many of their fishing vessels were in the Boothbay and Southport fleets, as well as the large Gloucester, Massachusetts fishing fleet. Three of the last boats from the yard were steamboats that made up the early Damariscotta Steamboat Company fleet – Anodyne (1895), Bristol (1901) and Newcastle (1902). 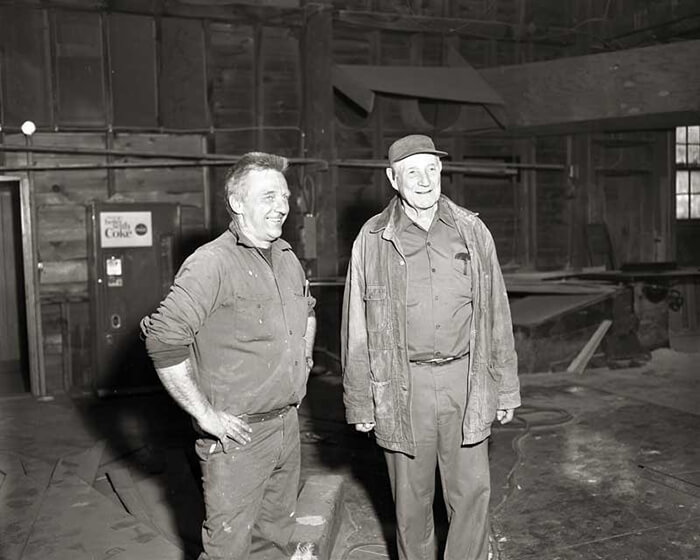 Our yard’s heritage – which includes the building of such notable vessels as the Mary Day, Shenandoah, Harvey Gamage, Clearwater, Bill of Rights, Appledore II , and American Eagle – inspires us every day to strive for only the highest quality.

For more of Gamage Shipbuilders images from the Boultier Collection visit the Penobscot Marine Musuem.

Subscribe to stay up to date on Gamage News, seasonal updates, and more!